I spent Saturday and Sunday learning then competing in Slalom (not skis John).  It was an open event with 41 cars put on by the Victoria Corvette Club, with everything from a 46 year old collector Jaguar to a home designed and home built race car intended for one thing.....slalom, and then there was everything in between.  Drivers same......20 something to 70 something.

I won’t mention my ranking, but I did not beat the homey and I did beat the Jaguar, however it was driven by a 75 year old lady.  [Sad smile]   Curtis Wrobel  who designs these tracks and their set up is an accomplished racer, and he patiently took me out in my Vette on many laps giving me instructions on handling and strategies.  When he was comfortable with my progress, he handed me off to another experienced racer, Bill,  to walk the course and again discuss strategies particular to this layout. During the race he took me on one of his race laps and showed me what “all out” really meant.  Thanks Curtis.  I may have soiled his seat.  Next time I hope to get him to take my Vette out and show me “all out” in my car, that will be awesome.

Curtis jokingly told me not to screw up today, because it will make him look bad. [Smile]    I never hit a cone nor missed a gate.  My goal was only to understand the course attack strategies, and I had great teachers.  Mission accomplished.  [Smile]   Next time I’ll go for it.​​ 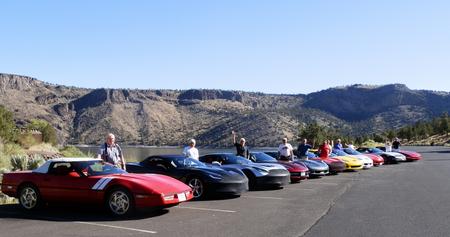 Glass On The Grass 2017Type your paragraph here.

presented to Cam Johnson by 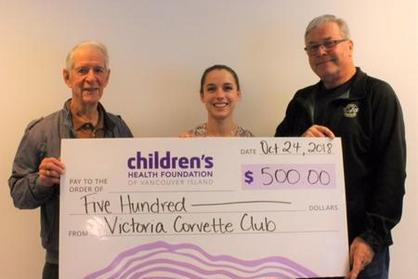 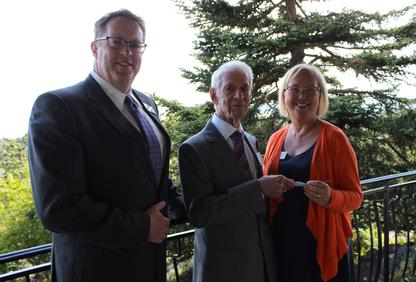 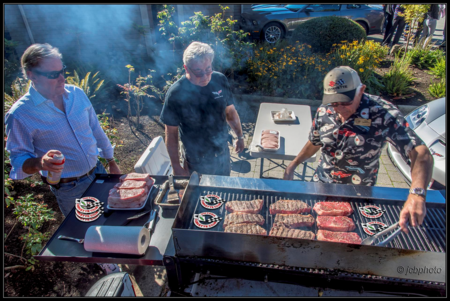 Special steaks being served up!!

To view more photos taken by John Bovard go to: